Eat Your Snack from a Small Bowl, NOT from the Box or Bag 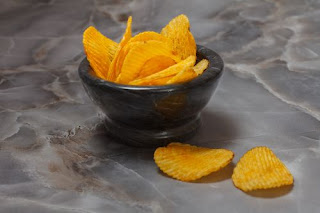 My Eat Smart tip about not eating snacks straight from the package appeared on the EatingWell.com website recently in an article by Lainey Younkin entitled 5 Things You Should Never Do After 5 P.M. If You're Trying to Lose Weight, According to a Dietitian.

It was tip #2 and it appeared this way:

We've all been there:

Sitting in front of the TV, mindlessly munching away, you plunge your hand in the bag (or box) for more, only to find it empty.

And you’re shocked to realize you ate the whole thing.

That’s why I discourage snacking on potato chips, cookies, and other munchies right out of the box or bag.  It’s easy to lose track of how much you're eating.

Don’t let your Netflix binge turn into a food binge too. If you're watching your weight, this is something you can't afford to do.

Here’s what I recommend.

These tips are taken from the chapter on Binge Prevention in my upcoming book Eat Smart and Lose Weight: Scientifically Proven Ways to Lose Weight without Diets or Exercise.

Which contains over 300 research-backed tips and tricks for losing weight without going on a diet, counting calories, or giving up your favorite foods.

Posted by Ruth Houston No comments: 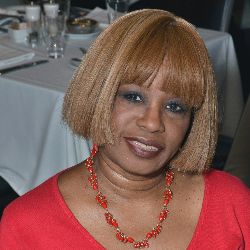 Ruth Houston (aka FoodieRuth) is author of the upcoming book Eat Smart and Lose Weight: Research-backed Ways to Lose Weight without Diets or Exercise.

A member of the American Society of Journalists and Authors for over 30 years, Ruth’s articles and columns (on food, travel, relationships, fashion, health and wellness) appeared regularly in major magazines worldwide. In fact, Ruth Houston has spent most of her journalistic life researching, writing, and speaking about topics that impact people’s lives.

Drawing on her experience as a food journalist, restaurant reviewer, cruise ship food lecturer, and serious foodie, Ruth’s research for the past 5 years has been concentrated on the weight loss industry with a specific focus on proven, science-backed ways to lose weight that don’t involve diets or exercise. This research, along with Ruth’s belief that people should be able to enjoy eating without the fear of getting fat, forms the basis for her upcoming book Eat Smart and Lose Weight: Research-backed Ways to Lose Weight without Diets or Exercise.

In addition to researching and writing about food and reviewing restaurants, Ruth has also conducted enrichment cruise lectures for Royal Caribbean and Celebrity cruise lines on lifestyle and food related topics.

In keeping with her belief that to fully experience and appreciate a culture, you need to taste the local cuisine, Ruth’s cruise ship food lectures were designed not only to provide an overview of specific island cuisine, but to also appeal to everyone from apprehensive eaters to adventurous eaters, as well as hard-core foodies like herself. Popular lecture topics included:

• The History Behind Puerto Rican Cuisine

• A Brief History of Caribbean Food

• How to Become a Restaurant Reviewer for Your Local Paper

• How to Become a Travel Writer for Your Local Paper

Prior to the pandemic, Ruth was eating her way through the Caribbean via cruise ship while working on a book on cruise ship food. However, the Coronavirus pandemic shut down the cruise industry 2 months before the book was scheduled to go on sale. As a result, Ruth has been able to focus fully on completing her weight loss book, which will be out in the next few months.

For updates on the progress of the book, and to be notified when Eat Smart and Lose Weight: Research-backed Ways to Lose Weight without Diets or Exercise goes on sale, e-mail www.EatSmartandLoseWeight.com

In addition, Ruth was featured as the “expert of record” on several infidelity documentaries, including one produced by the History Channel and one by the Canadian Broadcasting Corporation. Utilizing her background in public relations,

Ruth also served as ethnic PR manager and spokesperson for Clairol Inc. when it was a division of Bristol-Myers Squibb.

Ruth Houston lives Queens New York, and when she’s not writing, researching, and speaking about food (or eating), she enjoys the companionship of her 3 black cats, Bandy, Romeo, and Livingston.